next challenge starts 24th of October 2022!
bigger and better than ever! 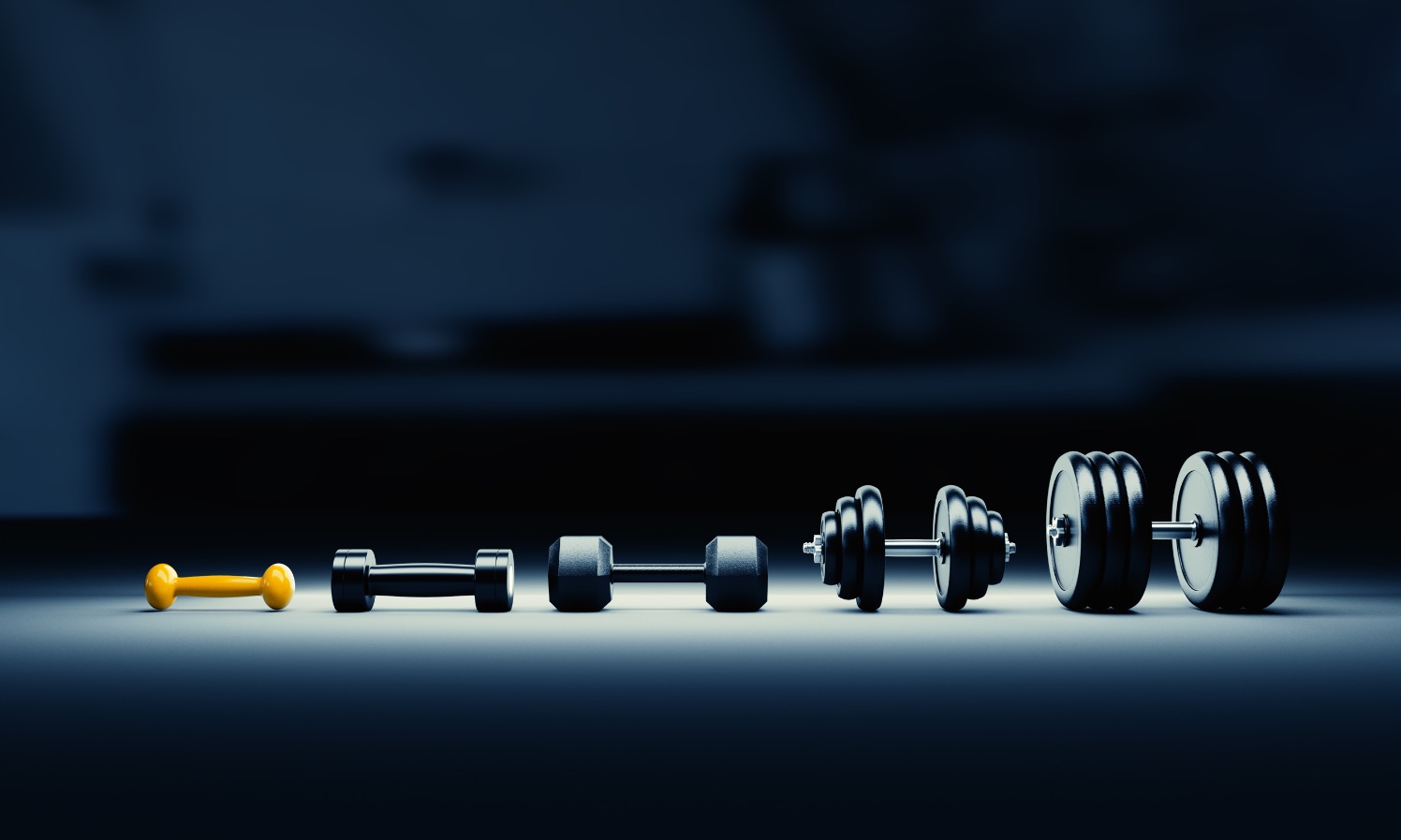 Progressive Overload - Are you progressing your training?
May 28, 2022

Are you progressing in your training?

Our body will adapt to the stimulus that we provide it - we call it GAS (General Adaptation Syndrome). Once our body adapts to the stimulus, reapplication of the stimulus will no longer drive change. The stimulus applied does not need to "reinvent the wheel", it just needs to be challenging enough to drive adaptation.

For example, you can't expect to be able to play Beethoven No.9 on piano by only practising Twinkle Twinkle Little Star. You will need to slowly play harder pieces and develop skills to play more complicated music.

The exact same thing happens in the body. Progression is the name of the game in transforming your body. If you're not progressing your training, you will not change your body. Doing the same thing every day is just spinning your wheels and making you tired.

We call progression in training Progressive Overload - we're trying to slowly load out training to drive adaptations. Put simply, we want to be looking for ways to make training harder. Progression can be something easily measurable, such as weight on the bar, something that requires tools, such as velocity based training, or a qualitative measure, such as mind-muscle connection.

There are four primary variables that we can manipulate in our training to adjust the training stimulus - Technique, Intensity, Volume and Density (TIVD). Here are ways that you can adjust your training to ensure that you are progressing.

We can modify our technique to make the exercise stimulus harder.

Some exercises are easier than others. For example:

Increasing the ROM of an exercise will make it more difficult. For example:

You may progress by improving how efficient you are at the exercise. Some exercises require certain timing to create power output. You may not change any other variable in your training, but you may be experiencing progression in your technique timing which will drive adaptation. For example:

Your technique may be progressing. Similar to Efficiency, you may not change any other variable, but you are improving your balance, coordination and technical skill of the exercise. For example:

Intensity relates to how hard we train. We can increase or decrease our intensity to scale the training difficulty.

Failure can be defined as being unable to complete a concentric repetition with proficient technique - put simply, you can't do another rep with "good form". Your training will become more difficult the closer you are to failure. For example:

Probably the most well-known way of progressing an exercise - adding more weight to the bar. It's often the easiest way to progress because it's measurable and easy to modify. For example:

Volume refers to the total amount of exercise completed.

We can make the training more challenging by adding more reps. The reps performed is closely linked with Proximity from failure (see above). Examples of progression:

Density refers to the total amount of volume completed divided by the time taken to complete it.

We can make our training sessions more challenging by reducing the rest period between sets. Less rest means that we are doing more exercise in a shorter time. For example:

Increasing the frequency of training increases the total volume completed within a time period. For example:

Under application of Progressive Overload

There are a variety of factors and influences that may stop us from progressing our training. We need to consider biopsychosocial factors such as our environment, the people around us, our beliefs, fears and anxieties. Many of those factors are not within the scope of this article, and you may need to stop and reflect on the reason why you are not progressing or choosing not to progress. Maybe you're scared about lifting heavier loads, or worried that you'll look silly by doing a certain exercise, or don't want to get sweaty in front of strangers.

The first step is to acknowledge those barriers. Your barriers are there, and there's no reason to be ashamed of them.
The next step is to determine if it's something that you have control over (internal locus of control) or have no control over (external locus of control). Maybe the barrier is something that doesn't even exist, or maybe you can modify your environment (such as using safety rails in a squat rack).
Finally, it's up to you to decide. If there's a barrier that you can modify, then you choose if you want to modify it and progress, or stay where you are.

Lack of experience or understanding

Many of the variables outlined above take time to experience and understand. Take the technique as an example, you may take a long time to learn a technique or never experience the full ROM of an exercise. Or consider intensity, you may have never experienced true failure, so you don't have an understanding of what it's like to actually train to your complete potential.

Experience and understanding take time - just like playing the piano, you will make mistakes and there is a learning curve. You can shorten the learning curve by seeking out mentors or hiring a PT/coach. An investment into a PT for just one session may pay back dividends for years to come. They may be able to pass on lessons they've learned, or tweak your technique so that you can progress it further.

Over application of Progressive Overload

Often we find ourselves in positions of False Progression - where we think that we're progressing in one domain, at the expense of another.

For example:
Increasing the weight on the bar (intensity), at the expense of proficiency (technique), ROM (technique), the number of reps performed (volume) and increases in rest (density).

You may be in a similar situation where you are trying to progress your training by focusing on one domain at the expense of another. You might try to decrease your rest times by decreasing your intensity or trying to do more reps by cutting your ROM.

Some sports specific or advanced programming may involve some skewing of variables.

For example - a Powerlifting athlete:
Increasing the weight on the bar (intensity), at the expense of efficiency (technique), the number of sets performed (volume) and decreases in frequency (density).

To ensure that you are not experiencing False Progression, aim to measure each variable (or as many as you can) and consistently re-apply the stimulus (uniformity). Once the stimulus is measured and uniform, then you can increase one domain at a time. Examples would be:
Keep the exercise selection the same, with the same ROM, same speed of movement, similar rest between sets, same reps and sets performed, but increasing the load on the bar by 2.5kg.

For example:
You average a total of 15 sets per week of chest work over the last month, it would not be wise to increase the sets next week to 30 sets - which would be double your monthly average.

The sweet spot of progression is between 10-30% the monthly average over a week.

For example:
You average a total of 15 sets per week of chest work over the last month, increase the sets to 20 sets per week for a month, then 25 next month, and then 30 the month after.

Raspberry Coconut Smoothie Bowl
Don't like Raspberries? Swap then for Blueberries, Strawberries, Blackberries or Half a Banana.
Read more
Workouts for busy women
How many evenings do you go to bed with things still on your to-do list, not quite yet ticked off, left there to see another day?
Read more 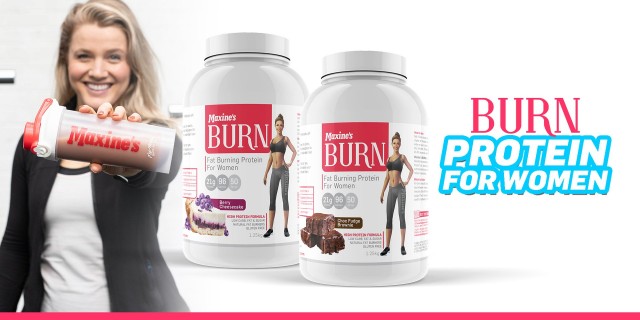 What Supplements are recommended for the M Challenge (Female)?
Supplements are exactly what the name suggests, they're a supplement to our diet.
Read more 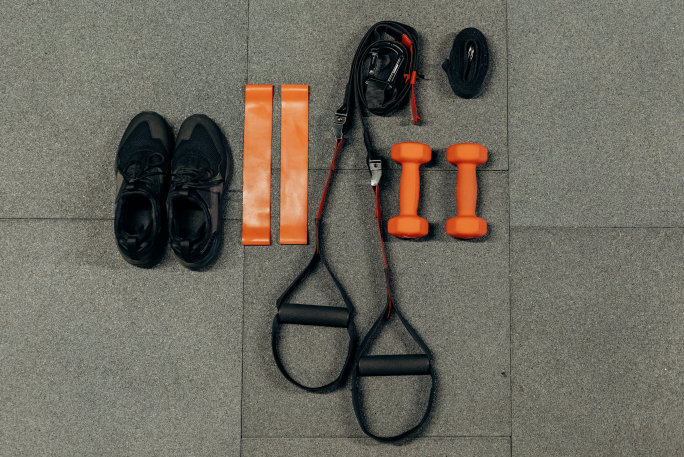 8 Habits to help with weight loss
Make sure you have some type of Protein at Breakfast, whether it is a food source like eggs or you are adding a scoop of Protein to your oats or Yoghurt. This should keep you feeling full and increase your energy levels.
Read more
Join our socials
Follow our M Challenge socials to stay up to date and in the know with everything M Challenge. 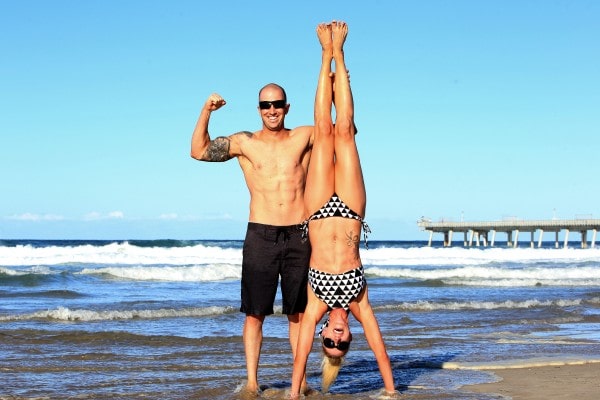 Ready to challenge yourself?
Start now!
The M challenge is a 12-week online body transformation program that has helped thousands of people from around the country get in the best shape of their lives.
REGISTER now!
Start your m challenge!

Join our newsletter
Joins our newsletter to be informed on everything M Challenge.
Thank you! Your submission has been received!
Oops! Something went wrong while submitting the form.